The workshop will look at exploring tools and perspectives useful for artists in approach of their creative craft. We will turn inside out various movement principals with intension to find variability and expand the intellectual and physical horizons. We will question the use of image and imagination in texturing work, the importance and uses of visualisation, and principles around ‘clarity of intention/clarity of form’. We will identify one’s habits and provoke the strategic and problem solving thinking. We will examine our training ‘blind-spots’ through play, sincere failure and working with tools and partners. Independency in self development will be encouraged and our adaptiveness tested though guided and free form movement. We will be aiming to enrich the quality of the conversation that we are having with ourselves and observe how it shapes the relationships and interactions that we cultivate as humans.

This workshop is in English and it is suitable for dancers of all levels. 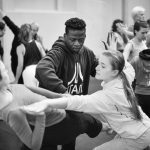 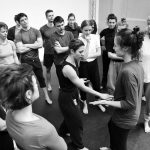 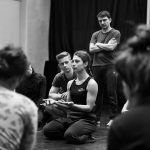