This workshop takes place in hall 31, U Výstaviště 21. The workshop is in English.

The workshop is divided into three parts. It begins with a warm-up focusing on skeletal alignment, breath, centering and one’s sense of gravity & relationship with space.

The second part includes a dance sequence to deepen the technical elements introduced during the warm-up; to increase one’s sensibility around: moving across space, musicality and sense of rhythm.

The last part focuses on the possibility of mind-body transformation, through the experience of different practices leading one beyond familiar spaces to enter new and unknown places. 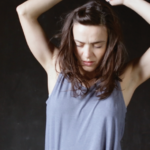 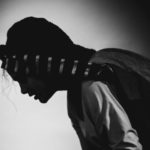 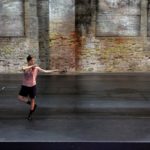 Annamaria Ajmone is an Italian dancer and choreographer. She holds a bachelor’s degree in Modern Literature and she also studied at the Civica Scuola di Teatro Paolo Grassi, Milan. The body intended as a mouldable and changeable material, capable of transforming spaces into places, is at the centre of her research.