Society instils us with gender stereotypes from childhood; pink is for girls, cars are for boys, girls play with dolls and boys don´t cry. Gender – or the sexuality of a personality – is a social phenomenon rather than a biological one. The essence of being a man or a woman is not determined only by the amount of oestrogen or testosterone. It is significantly influenced by society and social decisions, education and via the process of socialisation.

Welcome to a fantasy world in which masculine and feminine principles do not define man and woman! In this project, movement and dance become the means of expressing the contrasting manifestations of body and soul, genetic determination and social prejudice. It questions social stereotypes and explores the topic of gender in a purely physical way. Duet was listed on the prestigious European “Priority Companies List 2014” of the Aerowaves network and it missed the Best Dance Performance Award by only one point. 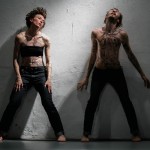 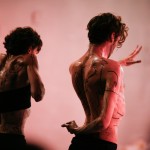 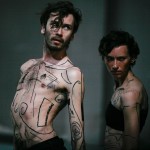