The capacity of the training is 20, payment is possible only cash before the training, reservations are recommended.

Abhilash’s Workshop is mainly focused on Improvisation and is based on three fundamental principles: Breath, Speed and Energy. Combining elements from different methods of Kalari Payattu and other martial arts, the workshop starts with an exploration of the core, questioning its power and its function within the body structure. The main focus of the workshop is exploring how to connect with both the space and the people around, while developing improvisational tasks and group scores of progressive complexity.

The practice is about investigating the way of embodying “critical” situations such as a moment of confrontation: dealing, accepting and – above all – reacting. Different improvisational scores are used to create “incidents” and investigate the responses: sometimes the body instinctively reacts and the mind follows, sometimes it is the other way around and the mind consciously take choices. In this work, it is mainly important opening up the senses to provoke emotions, generate new “incidents”, engage the space and identify in it new information to be processed through movement in an ongoing body-research.

It is possible to experience “reaction” through various tasks and scores, finding different ways of disengaging mind-control to observe the responses of the body, recollecting and replaying some of the experienced “incidents” to re-elaborate them under a new perspective. The “new” is nothing but a combination of various memories played in a different frame of space and time, that is continuously changing and passing by.
It is important to allow the natural feelings to interfere and affect choices, allowing the body to feel, transform, and let the emotions go by generating movement and always leaving space for the next “incident” to happen. The practice is about flowing from incident to incident, identifying the “presence” and the “absence” both in time and space, observing how both the mind and the body pass through different emotional states while being actively engaged in the process of improvisation.

Curriculum
Abhilash Ningappa was born in India, today he works internationally as a performer, a teacher and a choreographer. He started his training in India and later travelled across India and Europe to work and keep practicing.He is also the artistic Director of Play Practice Artists Residency in Bangalore (www.playpractice.in), where he currently runs several programs for professional dancers and choreographers.He post graduated in SEAD (Salzburg) and he got his Post Masters in Performing Arts and Scenography Studies (APASS) in Belgium, developing a movement research project called PLAY PRACTICE. He is also a yoga practitioner and a martial art teacher, in particular he trained in Karate and Kalari Payattu.

Abhilash worked with choreographers such as Constanza Macras in “Back to the present” and “The past”, Katie Ducks in several Improvisation performances, Tania Carvalho in “Icosahedron”, and with the Rex levitates Dance Company (Ireland). He also performed in “Bodies in urban spaces” by Willie Dorner, “Pro Choreo Laboratory” by Reinhild Hoffman, “What I think about when I think about dancing” by Ka Fai and “To dream or not to dream” by Nuni Lazaga.

Abhilash won the Pecda Award for Choreography with his work “Architect of self destruction” performed at Biennial and Shoonya Space (Bangalore), at the NUNOFF Festival (Barcelona) and at the Ibiza Movement and Performance Festival. Abhilash also choreographed “No Speaking Solo” performed at the Isadora Festival (Russia); the duet “Too far east is west” with Carla Guida Johnson; “Disposable Heroes” with Bangalore Dance Collective; “Troubled Duet” performed at the Bangalore International Dance Festival.He presented a Lecture Performance called ‘Life Unedited” and performed in “Lets Make Up India” (Zurich). He also performed in “15 pieces” (concept by Daniel Kok): a collection of 15 solos choreographed by all the choreographers participating in “Point to point”, an Exchange Program organised by Asia Europe Dance Forum and supported by the Asian Europe Foundation. 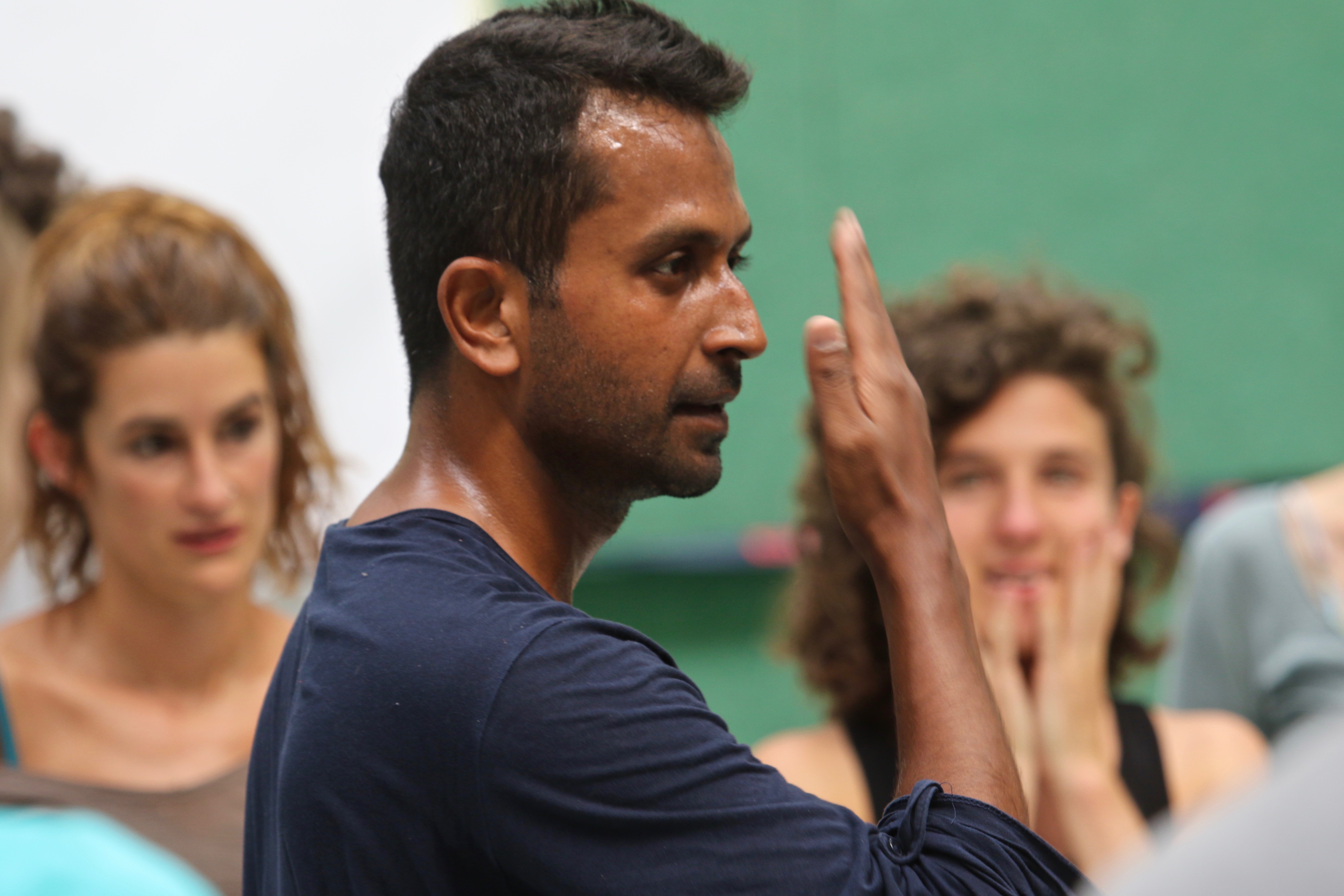