A project created by five Prague-based Slovak dancers and choreographed by Slovak Hungarian Csaba Molnár. Europeans looking for their folk origins with a naughty smile on their lips.

Nowadays, folk dance is often considered a synonym for tradition and cultural heritage, and so history. In the performance Prankster, dancers try to rediscover and rehabilitate this indigenous artistic expression, rid it of sediments from museums and experience afresh the pure power of unrestrained folk creation and natural, non-artistic performativity. They create their own original folklore, inspired by the vital and vibrant energy of folk dance – by its true essence. Each dancer brings into the performance his or her own personal experience and personality; therefore, the scenes oscillate between comedy and drama, emotional and cynical. Prankster is the real theatre, but not because it´s “well-choreographed,” but because it invites the audience to share in the here and now.

“For me the beauty of folk dance is its capacity to bring people together, on a base where while dancing, there is an instinctive face to face exchange on a human and social level. People connect with something that liberates and feeds their spirit and makes them grounded and deeply connected socially as well.“ Csaba Molnár

The performance is inspired by the show Journey Home by the Les SlovaKs Dance Collective, which was released in Prague during the Hybaj Ho! Festival in 2010. Every show is accompanied by a special guest, who is integrated in the play and will surprise the dancers. 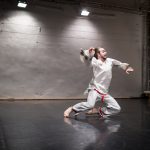 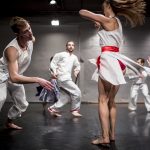 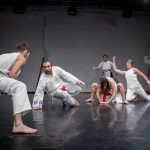 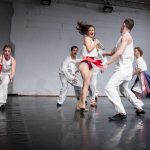 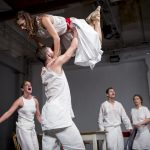 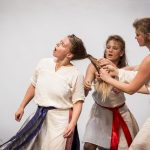 The performance was created with a support of Ministry of Culture of the Czech Republic, The Capital City of Prague, the Culture Foundation of the Slovak Republic.