A counterpoint of two bodies in space, two individuals, two forces of nature. A dance/movement duet based on the mutual interaction of contrasting energies, created and performed by two experienced and internationally recognised dancer/choreographers Andrea Miltnerová and Rita Góbi, with minimalist lighting design by Jan Komárek.

Counterpoint is inspired by nature and the fascinating microscopic world of insects. The precisely executed choreography comprises instinctively generated movements in which the human and the animal constantly intertwine. The performers cocoon themselves in their own movement which supplies them with the oxygen they need to survive their fragile, ephemeral life on stage.

The dynamic nature of Counterpoint is not determined simply by the subject matter or the differences between the two dancers, but also by Jan Komárek’s sensitve sound and lighting design which, together with the choreography, creates a unified, specific world on stage.

Counterpoint is complex yet clearly defined dance movement on the edge of perfection.

Co-produced by: SE.S.TA – Centre for Choreographic Development in the Czech Republic

Andrea Miltnerová
British dancer and choreographer of Czech origin, who lives in Prague. In addition to her contemporary dance creations, Andrea specializes in baroque dance and its creative fusion with other techniques. She was born and trained in London and came to Prague to dance with the Ballet of the National Theatre. She also collaborates as a performer with various Czech and foreign choreographers.

Andrea’s deep interest in the baroque led her to collaborate on the reconstruction of baroque operas and to create her own performances based on movement analysis and historical research, for example The Baroque Body Revealed, Pentimento and Vertical Horizontal. She has worked as a director, choreographer and dancer with the early music ensembles Collegium 1704 and Collegium Marianum. She has danced in baroque operas at the National Theatre, at the baroque Castle Theatre in Český Krumlov, at the International Opera Festival Smetana’s Litomyšl and in festivals in Germany, Slovenia and Hungary. She regularly worked with French choreographer Françoise Denieau, performing in baroque opera productions throughout France (Caen, Rennes, Nantes, Grenoble, Angers, Dijon, Rouen, Nancy) including Paris (Opéra Comique) and Versailles (Opéra Royale), in Luxembourg, Switzerland (Lausanne), London (The Barbican) and Moscow (Bolshoi). Andrea has recently returned from Berlin where she was performing in Armide (Lully) as part of the Musikfestspiele Potsdam Sanssouci.

Rita Góbi was born in Novi Sad, former Yugoslavia, now Serbia. She studied at the city ballet school in Novi Sad, then at the Hungarian Dance Academy in Budapest and was awarded an Erasmus Scholarship to study at the Hogeschool voor de Kunsten in Amsterdam. She began her career with Ballet Pécs, later dancing with Yvette Bozsik Company, Réka Szabó’s Company (The Symptoms), Performance Sirkus (Finland), L1 Dance Lab – Independent Dancers’ Partnership and Theatar Mimart (Belgrade). She also worked with choreographers Anna Réti, Klára Pataky, Robert Lingren, Andrea Nagy, Aniko Zsalakovics, Éva Duda and Krisztián Gergye. She has also performed as an actress in theatre and film, directed for example by Miklós Jancsó.

In 2006 she founded the Góbi Dance Company for whom she continually creates new, transdisciplinary performances. Rita has been awarded several prizes for her work, for example “Pro Futuro” at the Veszprém Dance Festival and prize for best solo choreographer and dancer at the Solo Dance Festival (Orkestika Foundation). She was also shortlisted for the Elle Young Talent Award in 2014. In 2015 she received the Best Dance Performer Award in the Hungarian Contemporary Dance Category and received the 2nd prize at the Krakow 3….2….1….Dance Competition.

Jan Komárek studied painting and graphic design at the School of Applied Arts in Prague. He worked in various different fields, as well as composing music for theatre and puppet theatre.

After emigrating to France, he formed Mimo Theatre, creating puppet theatre for both adults and children, performing himself as puppeteer and clown. In 1983 Jan moved to Toronto, Canada, where, together with composer Rainer Wiens he founded Sound Image Theatre, using actors as well as dancers and various performers to create image based, poetic performances with live music. He received several prestigious Dora Mayor Awards for Best Play, Best Set and Lighting Design and Best Music. He gradually started to work as lighting designer for other professional theatre companies, particularly in the dance field in Toronto and Montreal.

In 2001, Jan moved back to Prague, where he became known on the alternative scene for his own shows and lighting design. He was voted ‛Theatre Personality of the Year 2009’ by the … příští vlna/next wave… Festival and was awarded first prize for Lighting design by an international jury at the 2010 Tanec Praha Festival.

In Jan’s creations, sound, light and movement are inseparable elements and are created together. He draws his inspiration from images, be they paintings, drawings or photographs, as well as from the look and personality of the individual performers. 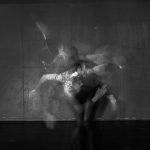 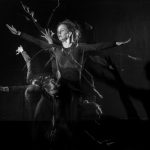 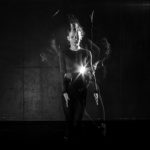 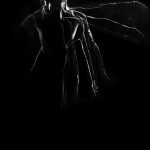