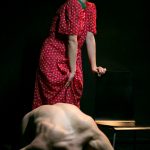 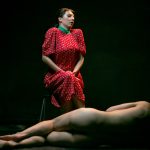 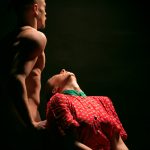 A graduate of the Department of Dance Creation at the Academy of Performing Arts, Yuri Korec was member of the professional dance company Dance Studio in Banská Bystrica (2001/2002) and has cooperated with a number of dances companies around Europe: Ventura Dance Company (Switzerland), Retina Dance Company (Belgium), Jean Abreu Company (UK), Stephanie Schober & Dance Company (UK), CocoonDance Company and Stephanie Thiersch/Mouvoir (Germany). Currently he dances with CieLaroque/Helene Weinzierl (Austria). He has created several choreographies presented abroad, among them the multimedia performance h a b i t a t (2010) produced by Tanzplan Dresden, Semperoper Dresden and Paluca Tanzschule Dresden. He is co-author and choreographer of dance films The Day (2004), DARKROOM (2008) and VoiceS (2010), the latter of which won several awards at festivals in Europe, Canada and the US. Among his more recent works are a dance solo piece Zero in cooperation with Matan Levkowich and a dance performance 20/20 vision or from-BREAK-on, both produced by cieLaroque/Helene Weinzierl, Austria. Since 2015, he has been taking part in a doctorate research program at the Academy of Performing Arts in Bratislava. There he co-created a successful site-specific performance Sensory Understanding (2015) and his last piece called d-BODY-m premiered in February 2017. Yuri also works in the field of body therapy, particularly ROLFING®, Structural Integration and is the first certified rolfer™ in Slovakia.