In 2017-2018, the performers researched methods enabling interconnections of motion, music, performance art, light and sound design. They followed their personal experiences from the field of devised theatre and improvisation, but also their newly gained and constantly researched knowledge about ritualized behavior, freedom of choice and various forms of the present moment. After several dozens of performances that were (more or less) based on dance, the artists decided for a radical change: they want to approach Eau de Vie as a concert, a sound performance, but still pursuing principles that they have discovered earlier. 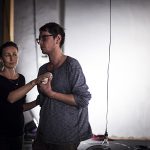 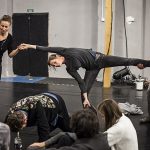 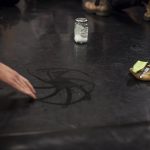