The post-apocalyptic imaginative performance full of masks and objects is based on a speech by Lee Brown, a member of the clan of Wolves of the nation of eastern Cherokee, as made during the continental aboriginal council in Tanana in Fairgrounds Valley, Fairbanks Alaska.

In this speech oral mythology of North American Indians about the emergence of the universe, the planet and racial division meets the topic of their destined journey within the history of mankind and various paths of their fate. According to Lee Brown we’re currently in the middle of a crucial historical node. Certain prophecies, some of which have come true according to the Indians, tell us that now is the time to stand still and look back at the forgotten legacy of our ancestors.

The prophecy is a comment on the modern world as seen with the wild eyes of New Age preachers who don’t distinguish between Indian wisdom, pop-cultural waste and cheesy New Age music while the flea market aesthetics balance the notion of spiritual space. 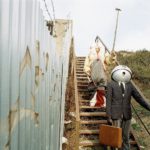 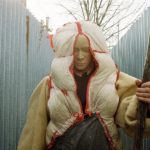 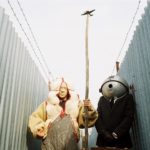