It is more likely to meet a lynx at the Václavské square than to attend a Kharms´ Kids concert. They spontaneously mix punk, rock, rap and poetry and due to their geographical distance and no rehearsing, they often improvise. They are inspired by the underground garage poetics of the 90s.

This band plays once in twenty years and it was founded by the film director La Aramisova, whose spirit is still present. In 2018, they´ve recorded their first album Jam Passion, a selection of not publishes and imaginary songs, which would have probably been recorded in the last twenty years, if the band did not split up after their first concert in Žilina in 1997. 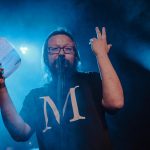 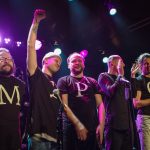 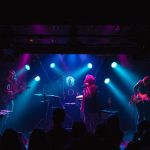