tYhle is a collective of Czech and French artists based in Czech Republic. It is a platform for performance, dance, physical theatre and the visual arts, created by four young artists who share the same vision of the contemporary scene: its duty to experiment and eliminate barriers.

The collective was founded in Brno in 2015 after already three years of collaboration of the performers Lukáš Karásek and Florent Golfier. They were later joined by the lighting designer Zuzana Režná and the scenographer/choreographer Marie Gourdain.

tYhle’s name is inspired by the Y generation. The letter Y can also be read graphically as the meeting point of different lines, directions, inspirations and backgrounds.

One of tYhle’s aims is to build bridges between its two cultures. 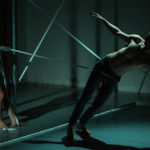 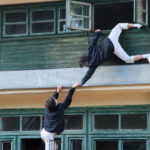 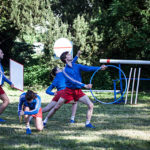