After eleven years of operation in the industrial complex in Bubenská Street in Holešovice, we moved to Invalidovna in Karlín in May 2020, where we recieved the entire west wing from the National Heritage Institute as a loan. In cooperation with the National Heritage Institute and the non-profit organization Invalidovna Initiative, we have been reviving this for many decades neglected cultural monument, which will undergo extensive reconstruction within several years.

Studio ALTA in Invalidovna is not only a cultural centre and creative hub, but also a community centre and a platform for meetings, inspiration and cooperation of artists, activists and various social groups and individuals.

Its premises provide lots of cultural and social opportunities, studios and rehearsals for artists, as well as a café or community garden. With an emphasis on principles of sustainability, we have been working with our partners in an attempt to open this precious Baroque building to the widest possible public.

You can support us here. Thank you! 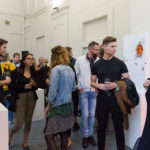 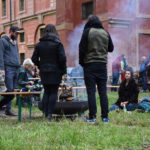 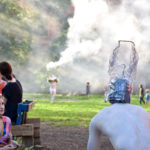 The monumental building of Invalidovna in Prague was built from 1731 to 1737 according to the plans of prominent Baroque architect Kilian Ignaz Dientzenhofer at the instruction of Emperor Charles VI Habsburg. At the same time, disabled veteran asylums were established in Pest and Vienna at the initiative of the Court of War Council. The Prague Invalidovna was funded by a private foundation, founded by Count Petr Strozzi in his will. It came into force in 1664, when Count Strozzi was fatally wounded. The foundation was intended to support and care for disabled veterans and elderly soldiers.

The original plans for the construction of Invalidovna were spectacular – the nine-square courtyards were supposed to be dominated by a centrally located Baroque church, and the capacity of the complex was set at 4,000 people having at their disposal all facilities for the dignified life of disabled veterans. Due to a lack of funds, only one-ninth of the complex was finally implemented. The completed part provided asylum for almost 1,000 inhabitants, and the highest documented number of accommodated persons extraordinarily reached the number of 1,400. Invalidovna was an almost self-contained organism that provided its residents with everything they needed, including accommodation, regular meals and clothing. Josef Sudek, an important photographer who shot his first set of photographs here called “From the Life of Invalidovna”, was one of the most famous inhabitants of Invalidovna in the 1920´s.

Since 2018 the Invalidovna area has been administered by the National Heritage Institute.